Want to talk about your job

Potteries founder Michael Edwards has reached a huge milestone this week, celebrating his 60th birthday on 3rd June. Potteries Heavy Haulage was founded by Michael and his son Jonathon and as a special present for his father, Jonathon announced that the company had ordered a brand-new Mercedes Benz 250t Actros SLT tractor unit to celebrate his father’s love of being on the road. Ever since establishing Potteries, Michael has always been hands on within the company, often taking to the road himself to deliver cargo to every corner of Europe.

Jonathan is enormously proud of his father’s achievements, especially on such a big milestone for his family: “For as long as I can remember, my dad has always loved being out on the road. He has been involved with every aspect of the company, building Potteries from the ground up. Now he loves nothing more than safely delivering all kinds of oversize loads with the rest of the Potteries team, so it made sense that for such a big birthday we got him what he loves most – a new vehicle for his fleet!”

The new addition to the Potteries fleet arrived in January, and Michael still loves taking it out on the road! 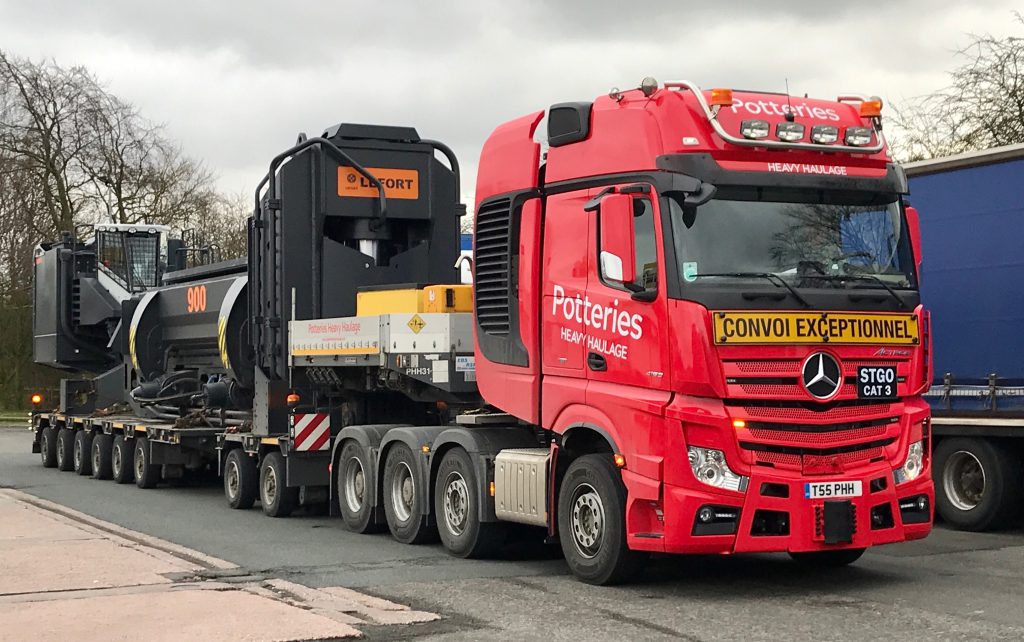 Have a job you'd like to discuss? Just ask.